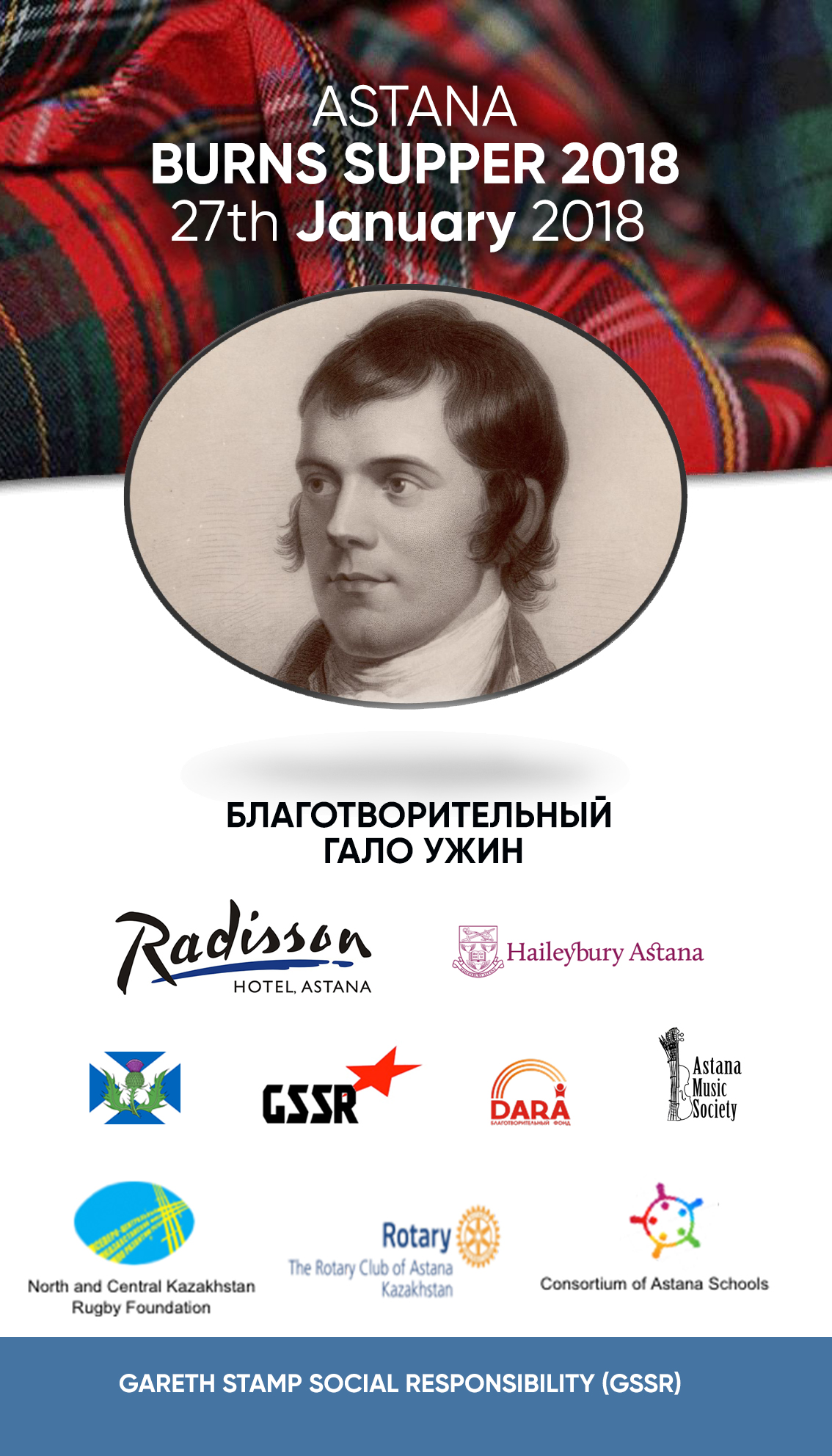 What is Burns Supper ?
Robert ‘Robbie’ Burns is Scotland’s greatest poet and cultural icon.  He grew up as a simple farmer and started writing poems to attract the girls !  He sadly died at an early age but his work lives on.

Around the world tributes to Robert Burns are held through the ritual of the Burns Supper. Originally started a few years after his death by a group of his friends and acquaintances, to honour his memory, the suppers are now celebrated annually around the date of his birth in January.

In Astana this year we will celebrate on the 27th January at Radisson Hotel. Join us for an evening of unique British Tradition, formal dress, dancing and cuisine.
We are bringing a bit of the Scottish Highlands to the Steppe – There will be bagpipes, dancing and fun with real Scottish Whiskey and the famous delicacy of HAGGIS!